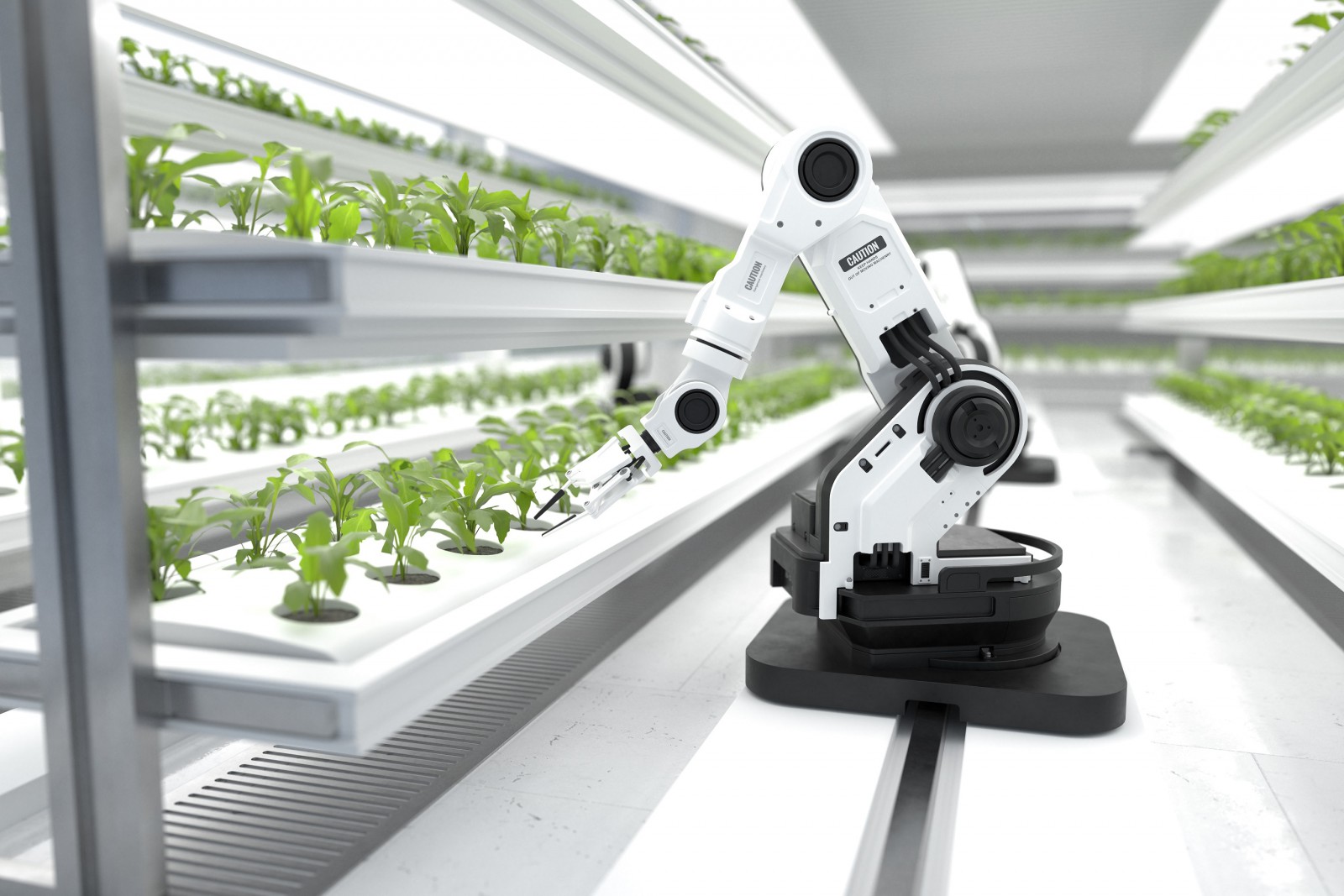 Changing climatic conditions with increasingly frequent extreme weather events pose major problems for food production. However, agriculture is not only affected by climate change due to increasingly fluctuating yields, but is also an active driver of climate change due to methane and nitrous oxide emissions and the use of mineral fertilizers. Controlled environment agriculture could be a tool to address these two problems simultaneously in the future. For this reason, strong growth of this market can be assumed in particular for high-tech greenhouses.
Controlled environment agriculture
The term "controlled environment agriculture" (CEA) refers to the cultivation of mostly fruits or vegetables in a greenhouse or foil tunnel. With its help, an optimal environment can be created for the respective plant. This can lead to significant increases in yields and improved product quality. In addition, pesticides and mineral fertilizers can be used more efficiently.Increasing importance
In the last 30 years, the importance of CEA increased strongly, as the area covered with CEA increased from 660,000 ha in 1989 to nearly 6,000,000 ha in 2022. In the near future, a CAGR of over 2% is expected until 2030. Especially in Western countries, such as the Netherlands, Canada, Poland or Spain, greenhouses are well established. However, many developing countries are catching up because an increasing amount of foil tunnels and glasshouses are covering a rapidly growing area in these countries.
Worldwide, the sub-segment of high-tech glass greenhouses with a CAGR of 5% until 2030, is particularly attractive, as high-tech glass houses do not only enable a highly efficient food production, but also one that is particularly close to the customer. This means that urban centers can also be effectively developed for agriculture, and salads, tomatoes, etc. can be consumed freshly harvested. Such high-tech greenhouses are built for smart cultivation of different crops. Sensors and AI in these buildings are helping to provide plants with exact amounts of nutrients, water etc. Therefore, waste is reduced. High-tech greenhouses are often highly automated. In such cases, robots reduce the amount of human labor needed.New markets
The global supplier market for high-tech greenhouses is dominated by European players. While their clientele used to include developed countries in particular, other exciting sales opportunities are now emerging in developing countries e.g. in the Gulf region, SEA or LATAM. In Brazil, for example, the low domestic supply of high-quality tomatoes and the strong appreciation of the Brazilian Real against the Euro since the beginning of the year are functioning as catalysts for increased demand for CEA technology made in Europe. Another potential sales market is currently developing in Vietnam. This is because the Vietnamese government is particularly trying to promote high-tech greenhouses with subsidies for large investors. Further subsidy programs can be observed in many Asian countries. Political commitment, combined with the high quality requirements of consumers, is acting as a driving force that is likely to shape the market for greenhouses in the coming years, particularly in developing countries.Interested in further information?
Please do not hesitate to contact:Isabelle Symonds, phone +49 6201 9915 10,
Isabelle.Symonds@SchlegelundPartner.de Martin Beck, phone +49 6201 9915 11,
Martin.Beck@SchlegelundPartner.de © Schlegel und Partner 2023